We’ve waited more than 50 years for a mid-engine Corvette, and as the GM-UAW strike drags on, 2020 C8 buyers could tag an extra few weeks or more onto the delivery date.

Unionized GM workers have been on strike since September 15 as the two sides work to hammer out a new deal after the last four-year contract expired at midnight on September 14. GM stockpiled as much inventory as possible ahead of time but the reality is strikes force plants to close and customers can get caught in the crossfire.

The loss of production of large trucks and SUVs has a bigger impact on the company’s bottom line but it is the 2020 Chevrolet Corvette Stingray, the mid-engine C8, that has the highest profile. The desire for a mid-engine Corvette dates back more than 50 years to Zora Arkus-Duntov, the father of the Corvette, who first introduced a test car with a mid-engine layout in 1960 and had numerous proposals turned down over his career.

Production of the C8 is not slated to start until December. The problem is the plant in Bowling Green, Kentucky, has not finished the final orders for the outgoing C7 Corvette. Then the plant needs to go down for a couple weeks to retool to make the C8, which is obviously vastly different from its predecessor. The retooling was to get underway approximately now but the strike has prevented that from happening.A GM spokesman did not know how many C7s have yet to be built when workers return to the job. The plant was operating on a single shift but plans to add a second shift wen C8 production begins.

GM officials say it is too early to say if the new Corvette will be delayed since no one knows when the fractious labor talks will conclude. GM CEO Mary Barra met with top UAW officials today in an attempt to speed things up. 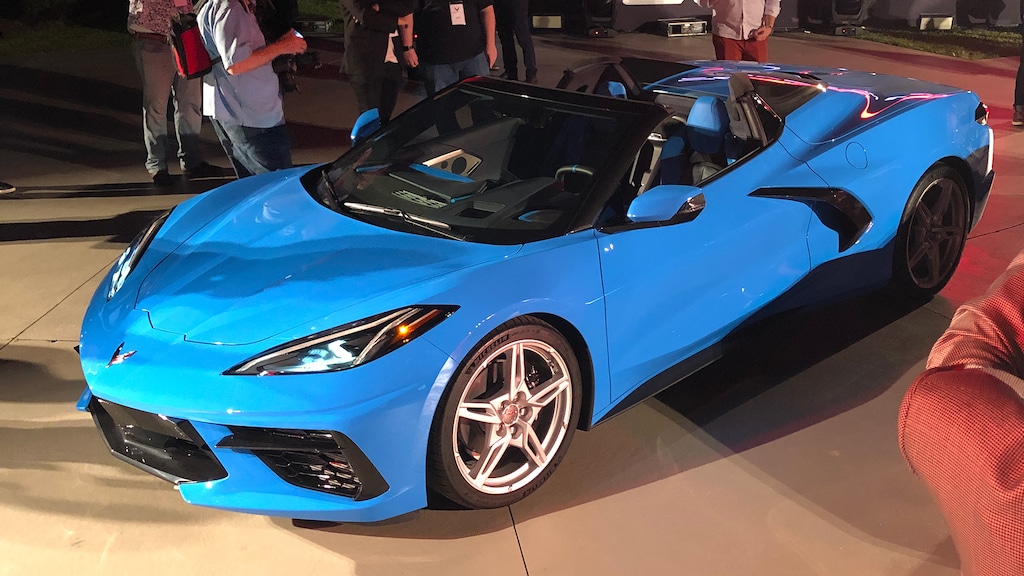 There are about 37,000 people who have already expressed interest in buying a 2020 Stingray and many of them have put down a deposit. But the car is not sold out. Chevrolet recently revealed the convertible variant of the C8 Corvette, which features a power retractable hard top. That model is slated to begin production in the first quarter of 2020.

The Detroit Free Press has cited sources saying there will be a delay in the start of production of the new Vette. While that seems obvious, the question is how long a delay will it be and with two shifts at launch, how long will it take to make up the lost production? If it is a few weeks or a month, how crucial is that in the grand scheme of things for a car Zora would argue is already five decades late?

More 2020 C8
C8 Convertible Full Details!
This Is the Most Expensive C8 Stingray Coupe
Here’s How Much the C8 ‘Vert Will Cost
Hear the C8 Start, Rev, and Launch
Detailed: The Weird Row of Interior Buttons
In-Depth: The C8’s Digital Gauges
C8 Z06: Renderings + Rumors
The Perfect Way to Option the C8
All the Colors and Options
What Hard-Core Vette Fans Think

A version of this story originally appeared on MotorTrend.